Ever since my oldest discovered the existence of school buses, she began asking me when exactly she’d be able to take one to school. “When can I wide one?” my innocent little 2-year-old would ask, full of awe and excitement. “Oh, when you’re older sweetie,” I’d say. And that answer held her for a little while, but then she started asking, “But when, mamma?! When will I be older?” And so then I switched my response to, “Probably when you’re 5 and go to kindergarten.” I really didn’t want to think about putting my baby on a school bus ever, even when she turned 5, and luckily, 3 years was a long way off.

And then it wasn’t. It was almost as if I sneezed and we were instantly transported into the future — just weeks before Belle was to start kindergarten, and there we were, faced with the decision I didn’t really want to make: To bus or not to bus? 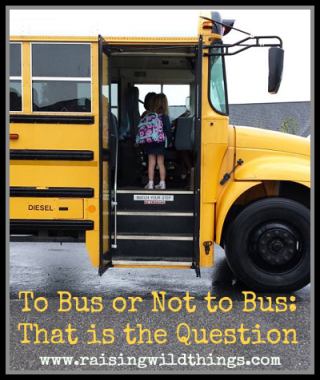 My daughter was clearly excited about riding the bus — seriously, whenever anyone would ask her what she was looking forward to most about starting school, she’d say, “I get to ride the bus.” She’d even walk up to strangers in the grocery store or at the park and say, “I’m starting kindergarten soon, and I get to ride the bus.” I am not exaggerating when I say that the girl was obsessed with riding that damn bus. Bus, bus, bus, bus, bus — it’s all we heard about for weeks and weeks before school started.

And my husband was all in on the bus idea, too. “But what if she gets scared?” I asked him. “How will she know what to do when she gets off the bus at school?” “What if she gets lost on the way to her classroom? It’s so far from the bus drop off!” “How will she find the right bus at the end of the day?” “What if she misses her stop?” “What if the older kids are mean to her?” “What if the bus gets a flat tire and the bus driver doesn’t have a phone on her to call for help and she’s stuck on the bus for hours and hours not knowing what’s going on and is scared and crying?” I threw all my fears at my husband in hopes of swaying him in the other direction. But my questions didn’t phase him. “Kids have been riding the bus for decades, they figure it out,” he said. And then he added, “I think it’s mommy who isn’t ready for the bus, not Belle.” Grrrrrrr.

But of course, he was right. I knew in my head that Belle would get the whole bus thing down within a day or two, and this was a part of tradition, of growing up, but my heart just wasn’t ready to let her go out into the big, scary world of elementary school on her own. I wasn’t ready for her to do this, but she was. And so, we decided she could take the bus.

And aside from some tears (mine, of course) on the first day of school, we got our whole bus routine down within a few days. Every day I put Belle on the bus, and every day — wouldn’t you know — she meets me at the end of our street, bounding off the bus to tell me about her day. She has never gotten lost getting from her bus to her class or from her class to her bus. She has never missed her stop. And she has never been stranded on the bus for hours due to a flat tire. Everything has seemed to be just peachy.

But? (Unfortunately, there is a but.) Just last week, Belle did something she shouldn’t have, and in the middle of me talking to her about it, she broke into tears and, completely off topic, starting telling me that there was a boy on the bus who had been mean to her and many of the other kids and that she didn’t want to ride the bus any more. She wanted me to start driving her. “I know I really wanted to ride the bus,” she sobbed (sobbed!) to me, “but I don’t want to ride a bus like that!”

My first thought was, “Who the hell is this kid? I will make sure he never bothers you again. And of course I will drive you to school.” I didn’t say this to her, of course. Instead I asked her how the boy was mean to her — because you know, sometimes kids say other kids are “mean” if they don’t want to play with them or if they don’t hear them say something and so then don’t respond. You know, pretty benign things. And my daughter can be really sensitive about that sort of stuff. But nope, Belle said the boy would try to throw water at her and some of the other younger kids, and he had even hit a neighbor of ours. And when I asked around, a few other neighbors mentioned they had heard similar stories from their kids about this little boy.

That was it. It was settled. Belle wouldn’t be riding the bus any more. I would make sure of it. But after discussing it with my husband, who also got riled up about someone being mean to his little girl, he made the valid point that if there really is a problem, we shouldn’t have to pull our daughter off the bus, rather the boy who is causing the problems should be pulled from the bus. And even more, our first step should probably be to speak with the bus driver before making any rash decisions.

Man, the husband was on a roll. Right again. And so, the next morning, just this past Friday, we headed to the bus again. Belle was hesitant, but I told her that I would speak to her bus driver, and we should see how the next few bus rides went. After getting all of the kids on the bus, I had a chat with the bus driver. I let her know what Belle and other kids in the neighborhood had told me and their parents, and I asked that she pay particular attention to this kid to make sure he didn’t continue with the questionable behavior. She didn’t respond with the concern I had expected, but she said very matter-of-factly that she’d take care of it. And so, I sent my baby on her way again, with a slight lump in the throat, I’ll admit, and prayed she’d have a good ride to and from school.

I was anxious to pick her up at the end of the day, but she seemed fine when she got off the bus. When I asked her if the little boy gave her or her friends any problems she said, “no,” and promptly ran to catch up with her friends so they could walk to the other end of the street together. Phew, I thought.

But of course (yes, another but) over this past weekend Belle was back to telling me she didn’t want to ride the bus any more. And so we’re back at the crossroads we found ourselves at the beginning of the school year: To bus or not to bus? That is the question. Again.

On the one hand, my husband and I feel that this is something Belle needs to work through and figure out how to deal with. Not everyone is going to be nice to her, and she can’t avoid things every time someone is mean to her. (I should note here that, although I have not witnessed anything first hand, I do not have the sense that this little boy is consciously bullying the other kids — he is also a kindergartener, and I think he may be just one of those kids who plays a little rough and doesn’t have a sense of when “fun” teasing crosses the line and when he should stop. I am in no way condoning his behavior or saying that my daughter doesn’t have a right to get upset by it, but I wanted to put out there that I don’t have the sense he is a physical threat or danger to the other kids. At this point, anyway, with all of the information I have.)

On the other hand, we recognize that Belle is only 5, and if she doesn’t want to ride the bus any more — for whatever reason — we want to help her feel as safe and comfortable as possible and remove all cause for anxiety or unhappiness, even if she has just changed her mind and decided she doesn’t like riding the bus.

Our solution as of today is to give this some time to see if things get better on the bus and if Belle starts to enjoy riding it again. We’ll see how the next few days go and re-evaluate after that.

Have you ever had a similar experience with your kids? If so, how did you handle it?

16 thoughts on “To Bus or Not to Bus: That is the Question (Again)” 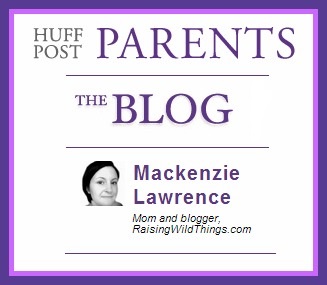 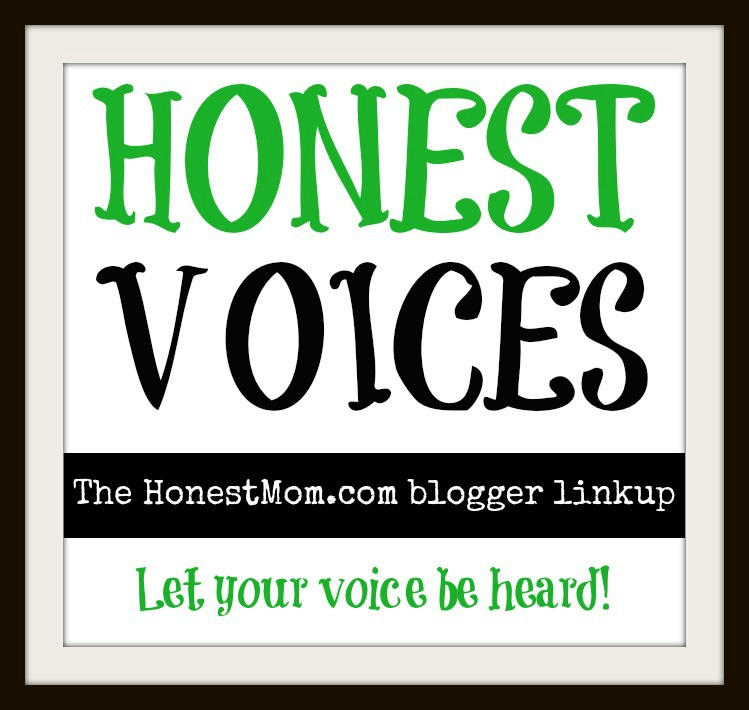